Stuart Mole joined the Commonwealth Secretariat in 1984, having previously been the Head of the Office of the Liberal Leader, in the UK House of Commons. Stuart was the Special Assistant (Assistant Director) to Sonny Ramphal, the second Commonwealth Secretary-General. In 1990, he became Head of the Office of Chief Emeka Anyaoku (Ramphal’s successor) and was appointed Director a year later. He left the Secretariat in 2000, having briefly facilitated the transition to the third Secretary-General, Don McKinnon. He subsequently served as Director-General of the Royal Commonwealth Society until 2009 and more recently was Chair of the Editorial Board of The Round Table: the Commonwealth Journal of International Affairs. He became Vice-Chairman of the Commonwealth Association on its foundation and succeded as Chair in 2020, following the death of Patsy Robertson. 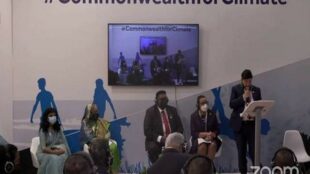