Members of the Commonwealth Association can now be found in all walks of life and many Commonwealth countries. A number are Ministers, Members of Parliament, diplomats or government officials while others are academics, lawyers, doctors and journalists, among other callings. All share a common commitment. Each has served the Commonwealth in some capacity or other and in doing so has been asked to leave his or her nationality at the door and to be loyal to the Commonwealth, first and foremost. This is a bond which endures, and Association members often go on to work for the Commonwealth in other ways, in either a professional or voluntary capacity. This might be in the field of development and international affairs in major inter-governmental Commonwealth organisations, non-governmental and professional bodies, and in civil society. They have considerable experience in legal, economic, political, diplomatic, technical assistance, gender and youth affairs, education, health and communication matters. The Association sees this skills network as an important resource available to the Commonwealth. 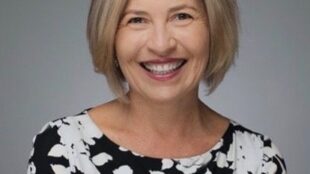 The 2021 Annual General Meeting will be held on Zoom on Thursday 22 July, beginning at 12 noon. Dr Anne T. Gallagher, the Director-General of the Commonwealth Foundation, will give the first Patsy [...]